Letters to a Young Poet (Paperback) 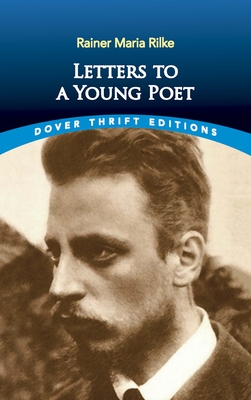 Letters to a Young Poet (Paperback)


Special Order—Subject to Availability
(This book cannot be returned.)
Born in Prague when it was part of the Austro-Hungarian empire and recognized today as a master of verse, poet Rainer Maria Rilke was considerably less well known in 1902 when he received a heartfelt letter from an aspiring poet. A 19-year-old student sent Rilke some of his verses, seeking an opinion of their worth. Rilke declined to offer a critique, instead encouraging the student to rely upon his own inner judgment: "Nobody can advise and help you, nobody. There is only one single means. Go inside yourself."
This seemingly dismissive letter proved to be the first of ten, written during a six-year period that coincided with an important stage in Rilke's artistic development. The poet offered his young correspondent further advice on developing a rich inner life as well as guidance on broader philosophical and existential issues. These letters, which explore many of the themes that later emerged in Rilke's best works, remain a captivating source of insights into the artistic identity and process.
Although his poetry was recognized and admired by leading European artists, Austro-German poet Rainer Maria Rilke (1875-1926) was virtually unknown during his lifetime. He achieved international acclaim with his last two works, Duino Elegies and Sonnets to Orpheus, and he has come to be recognized as a master of verse.