Ten Days in a Mad-House: A Story of the Intrepid Reporter (Paperback) 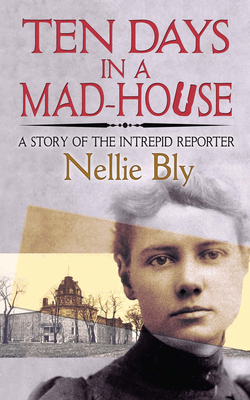 Ten Days in a Mad-House: A Story of the Intrepid Reporter (Paperback)


Not On Our Shelves—Ships in 1-5 Days
(This book cannot be returned.)
Born Elizabeth Jane Cochran, Nellie Bly (1864-1922) was a pioneering investigative journalist who reported on the inequalities women faced in the workplace and the legal system. In addition to her undercover work in exposing abuses in the treatment of the mentally ill, she served as a foreign correspondent in Mexico and circled the globe to test the authenticity of Jules Verne's Around the World in 80 Days.