The Use and Abuse of History (Paperback) 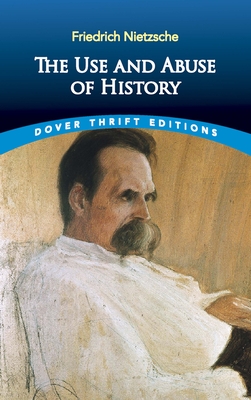 The Use and Abuse of History (Paperback)


Special Order—Subject to Availability
(This book cannot be returned.)
"While life needs the services of history, it must just as clearly be comprehended that an excess measure of history will do harm to the living," declares Friedrich Nietzsche in this cautionary polemic. The iconoclastic philosopher warns us about the dangers of an uncritical devotion to the study of the past, which leads to destructive and limiting results -- particularly in cases where long-ago events are exploited for nationalistic purposes.
Nietzsche proposes three approaches to times gone by: the monumental, focusing on examples of human greatness; the antiquarian, involving immersion in a bygone period; and the critical, rejecting the old in favor of the new. He examines the pros and cons of each concept, favoring how the ancient Greeks looked at things, which balanced a consciousness of yesteryear with contemporary intellectual, cultural, and political sensibilities. Nietzsche's emphasis on history as a dynamic, living culture rather than the subject of detached scholarship is certain to resonate with modern readers.
Friedrich Wilhelm Nietzsche (1844-1900) was a German philosopher, cultural critic, composer, poet, philologist, and Latin and Greek scholar whose work has exerted a profound influence on Western philosophy and modern intellectual history. His explorations of the motives underlying Western philosophy, religion, and morality have exercised a profound effect on generations of writers, theologians, philosophers, and psychologists. Many of Nietzsche's most influential works are available in Dover Thrift editions.