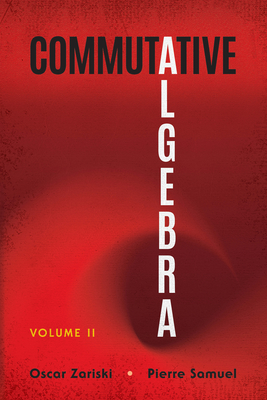 
Not On Our Shelves—Ships in 1-5 Days
(This book cannot be returned.)
The second text in this two-book series extends the classical material of Volume I, which focuses on field theory and the ideal theory of Noetherian rings and Dedekind domains. The connection of Volume II's material to algebraic geometry is stressed throughout the presentation, making this book a practical introduction to some basic concepts and the arithmetical foundations of algebraic geometry.
The opening chapter deals with properties of places and is followed by a chapter that explores the classical properties of polynomial and power series rings and their applications to algebraic geometry. The final chapter examines the theory of local rings, which provides the algebraic basis for the local study of algebraic and analytical varieties. Several helpful Appendixes conclude the text.
Oscar Zariski (1899-1986) was born in Russia, studied at the Universities of Kiev and Rome, and emigrated to the United States in 1927. He taught at Johns Hopkins, where he became a Professor in 1937. He joined the mathematical faculty at Harvard University in 1947 and taught there until his retirement in 1969. His Collected Papers were published by MIT Press in four volumes. Pierre Samuel received his PhD from Princeton University in 1947, and another Doctorate degree from the University of Paris in 1949. He taught at the University of Clermont-Ferrand, and later at the University of Paris-Sud. Dover also publishes his Algebraic Theory of Numbers.