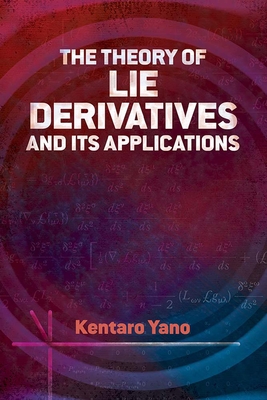 
Backordered
(This book cannot be returned.)
Differential geometry has become one of the most active areas of math publishing, yet a small list of older, unofficial classics continues to interest the contemporary generation of mathematicians and students. This advanced treatment of topics in differential geometry, first published in 1957, was praised as "well written" by The American Mathematical Monthly and hailed as "undoubtedly a valuable addition to the literature." Its topics include:
- Spaces with a non-vanishing curvature tensor that admit a group of automorphisms of the maximum order
- Groups of transformations in generalized spaces
- The study of global properties of the groups of motions in a compact orientable Riemannian space
- Lie derivatives in an almost complex space
For advanced undergraduates and graduate students in mathematics.
Kentaro Yano (1912-93) was one of the most prominent Japanese mathematicians of the 20th century and one of the world's leading experts in differential geometry. He studied mathematics at the University of Tokyo in the 1930s and after graduating went to Paris to study differential geometry with Elie Cartan. Dr. Yano returned to Tokyo in 1938 and joined the faculty of the Tokyo Institute of Technology, where he remained for the rest of his career. During that time he traveled widely to attend mathematical conferences and was a visiting scholar and professor at several universities in Europe and the United States. He wrote and co-authored many mathematical papers and several other books, including Groups of Transformations in Generalized Spaces and Differential Geometry on Complex and Almost Complex Spaces. His Selected Papers were published in book form by North-Holland in 1982.