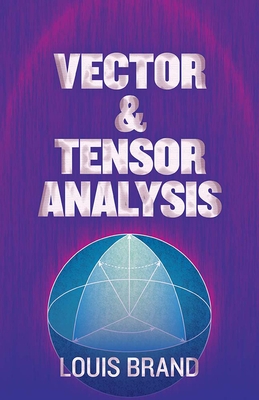 
Backordered
(This book cannot be returned.)
An outstanding introduction to tensor analysis for physics and engineering students, this text admirably covers the expected topics in a careful step-by-step manner. In addition to the standard vector analysis of Gibbs, including dyadic or tensors of valence two, the treatment also supplies an introduction to the algebra of motors. The entire theory is illustrated by many significant applications. Surface geometry and hydrodynamics are treated at length in separate chapters.
Nearly all of the important results are formulated as theorems, in which the essential conditions are explicitly stated. Each chapter concludes with a selection of problems that develop students' technical skills and introduce new and important applications. The material may be adapted for short courses in either vector analysis or tensor analysis.
Louis Brand (1885-1971) received his PhD from Harvard University and taught at the University of Cincinnati for many years before his retirement in 1955. After leaving Cincinnati, he was appointed M. D. Anderson Distinguished Professor of Mathematics and Chairman of the Department of Mathematics at the University of Houston. Dover also publishes his Vector Analysis and Advanced Calculus: An Introduction to Classical Analysis.