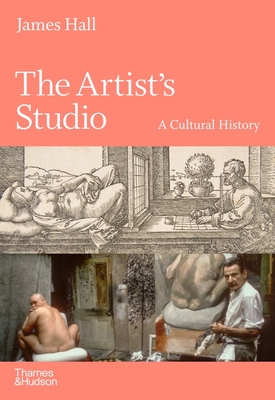 A revealing chronicle and visual history of the artist’s studio, examining the myth and reality of the creative space from early times to the present day.

The artist’s workplace has always been an idealized utopia as well as the domain of dirty, backbreaking work. Written descriptions, paintings, prints, and even photographs of the artist’s atelier distort as much as they document. This illuminating cultural history of the artist’s studio charts the myth and reality of the creative space from Ancient Greece to the present.

Tracing a history that extends far beyond the bohemian, romantic, and renaissance cults of the artist, each chapter focuses on key developments of the studio space as seen in a variety of familiar and unfamiliar images. Mythical and divine makers and some amateurs are included, alongside craftspeople—potters, illuminators, weavers, embroiderers, and architects—along with artists such as Artemisia Gentileschi, Claude Monet, Michelangelo, Rosa Bonheur, and Diego Rivera. Each carefully chosen example places the studio within a cultural and political context, with the aim of correcting the historical imbalance that has distorted the picture by leaving out the many artisans who collaborated with artists. Leading authority James Hall also extends the discussion to the artist’s museum and the artist’s house, as well as the development of portable studios, with sections on “plein air” painting and drawing in the East.

Visually appealing, featuring images of the artist’s studio from around the world, this compelling, eye-opening history identifies key studios, individuals, trends, and turning points in the history of the creative space.

James Hall is an art critic, historian, lecturer, and broadcaster. He was formerly chief art critic of the Sunday Correspondent and The Guardian. He contributes to The Guardian Saturday Review, The Times, and Times Literary Supplement, as well as to many magazines and catalogs. He is the author of several books, including The Self-Portrait: A Cultural History.