The World According to Christian Dior (Hardcover) 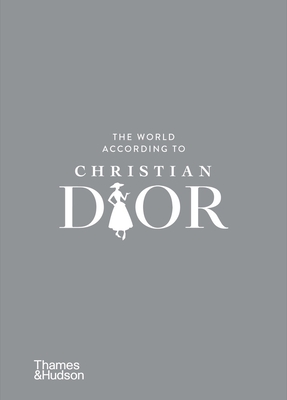 The World According to Christian Dior (Hardcover)

A compact, illustrated collection of maxims on style, women, and inspiration by one of the most influential designers of the twentieth century, Christian Dior.

Credited with creating some of the most luxurious and spectacular haute couture pieces of all time, Christian Dior became a fashion icon overnight in 1947 with the launch of his “New Look,” a sumptuous hourglass silhouette that provided a welcome tonic to the austerity of wartime. Its wild success, and the global fame that ensued, was built on the designer’s subtle understanding of fashion, couture, style, elegance, and women—a perspective best revealed in Dior’s own words.

This thematically organized collection of quotes by Christian Dior pays homage to the legendary designer, sharing his advice on all things, from style and how to dress (“No elegant woman follows fashion blindly,” he once declared) to his insights into the creative process, invaluable for any budding designer.

The World According to Christian Dior is the perfect gift for fashion devotees.

Patrick Mauriees is a Paris-based writer of many notable titles on fashion and design. Among his previous books are Maison Goossens: Haute Couture Jewelry, Jewelry by Chanel, The World According to Karl, and Androgyne.