Art of the Byzantine Era (World of Art) (Paperback) 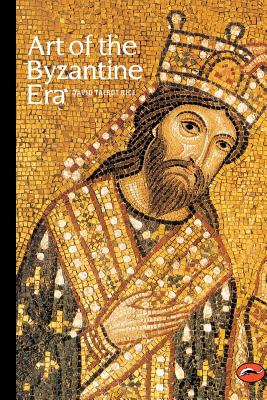 Art of the Byzantine Era (World of Art) (Paperback)

For the people of Byzantium, their architectural works, frescoes, mosaics, ivories, chalices, bejeweled gospel covers and many other opulent works of art were the material proof of their greatness and power over the Mediterranean states.

The vast range of these riches is illustrated in this complete account of Byzantine art from the reign of Justinian to the fall of Constantinople.

David Talbot Rice, one of the greatest authorities on Byzantine art, traveled as far afield as the rock churches of Cappadocia and Cilicia, the tufa monuments of Armenia and Georgia, and the thirteenth-century ceramic factories of Bulgaria, now buried in the alluvial mud of the Danube. His book is a masterly survey of an art of magnificence and power that belonged to a great and sophisticated society.

David Talbot Rice was Lecturer on Byzantine and Near-Eastern Art at the Courtauld Institute, London, and then Watson-Gordon Professor of Fine Art at Edinburgh University. His books included Islamic Art (1965, rev 1975), published in the World of Art, The Art of Byzantium (1959) and The Byzantines (1962).