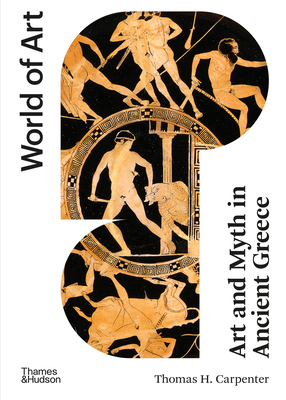 An essential visual handbook for anyone interested in Greek myth written by T. H. Carpenter, one of the world’s leading experts on myth in ancient art.

The ancient Greeks recorded their mythology on vase paintings, engraved gems, and bronze and stone sculptures, offering depictions that often predate any references to the myths in literature or recount alternative, unfamiliar versions of these tales. In some cases, visual art provides our only evidence of these myths, as there are no surviving accounts in ancient Greek literature of stories such as the Fall of Troy or Theseus and the Minotaur.

Art and Myth in Ancient Greece is a comprehensive survey of myth as it appears in Greek art. This classic volume has been updated with text and full-color images of more than three hundred scenes from Greek sculptures, vases, and gems. Aiding in the identification of mythological scenes and explaining chronological developments in style and subject matter, this book is an essential reference for anyone interested in the art, drama, poetry, or religion of ancient Greece.

T. H. Carpenter is a distinguished professor emeritus at Ohio University, where he has taught since 1997. His other books include Dionysian Imagery in Fifth-Century Athens and Mythology: Greek and Roman.
A useful guide to a fascinating subject.
— Antiques Bulletin