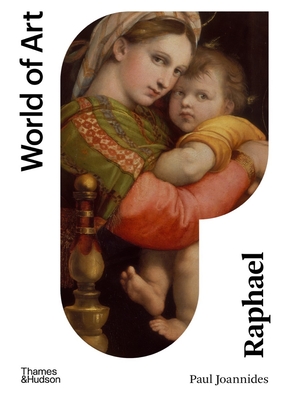 An authoritative introduction to Raphael, one of the most influential painters in the history of art, written by the preeminent authority on the subject and informed by the latest research.

For centuries, Raphael has been recognized as the supreme High Renaissance painter, with many considering him more versatile than Michelangelo and more prolific than his older contemporary Leonardo da Vinci. Though he died young at thirty-seven, Raphael’s example as a paragon of classicism dominated the academic tradition of European painting until the mid-nineteenth century.

This comprehensive survey looks at the different social and regional contexts of Raphael’s work and all aspects of his artistic production. From early training in Urbino to travels across central Italy, particularly Florence, where he became a noted portraitist and painter of Madonnas, to engagement by the papal court, this volume covers all areas of the artist’s practice. Focus is also devoted to the second half of Raphael’s career, when he became the dominant artist in Rome—even ahead of Michelangelo—and as a sophisticate entrepreneur, was able to extend the range of his activities to that of architect, designer, pioneer archaeologist, and theoretician.

A beautifully illustrated study with over 150 full-color reproductions of Raphael’s work, ranging from major masterpieces to lesser-known paintings and drawings from all periods; art historian Paul Joannides, one of the world’s leading experts on Raphael’s drawings, sheds new light on this seminal artist.

Paul Joannides is an emeritus professor of art history at the University of Cambridge and is a specialist in the painting, sculpture, drawing, and architecture of the Italian Renaissance. His publications include The Drawings of Raphael; Masaccio and Masolino; Titian to 1518: The Assumption of Genius; with Tom Henry, Late Raphael; and with Rick Scorza, The Life of Raphael.