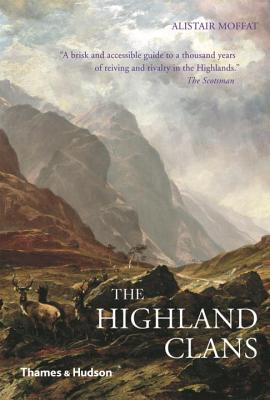 “A brisk and accessible guide to a thousand years of reiving and rivalry in the Highlands.” —The Scotsman

The story of the Highland clans of Scotland is famous, the names celebrated, and the deeds heroic. Having clung to ancient traditions of family, loyalty, and valor for centuries, the clans met the beginning of their end at the fateful Battle of Culloden in 1746.

Alistair Moffat traces the history of the clans from their Celtic origins to the coming of the Romans; from Somerled the Viking to Robert the Bruce; from the great battles of Bannockburn and Flodden to Bonnie Prince Charlie and the Jacobite Risings; and from the Clearances to the present day.

Moffat is an adept guide to the world of the clans, a world dominated by lineage, land, and community. These are stories of great leaders and famous battles, and of an extraordinary people, shaped by the unique traditions and landscape of the Scottish Highlands. It’s a story too about the pain of leaving, with the great emigrations to the United States, Canada, Australia, and New Zealand that began after Culloden.

Complete with a clan map and an alphabetical list of the clans of the Scottish Highlands, this is a must for anyone interested in the history of Scotland.

Alistair Moffat was born in Kelso, Scotland. He is an award-winning writer, historian, and director of programs at Scottish Television. He was director of the Edinburgh Festival Fringe, and former rector of the University of St Andrews. He is the founder of Borders Book Festival and cochairman of The Great Tapestry of Scotland. His many books include The Highland Clans, To the Island of Tides: A Journey to Lindisfarne, and The Hidden Ways: Scotland’s Forgotten Roads, shortlisted for the Edward Stanford Travel Writing Awards.