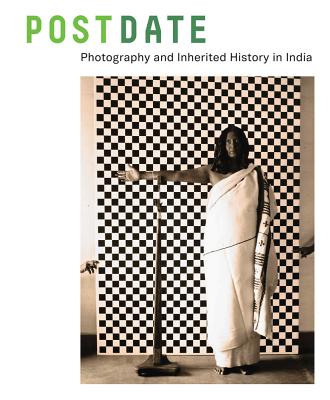 
Special Order—Subject to Availability
Two generations after the exultation of Independence and the concurrent horrors of Partition, contemporary artists mine the uneasy history of photography in India as a means to challenge outmoded narratives, share hidden stories, and make personal connections with tradition. Taking history into their own hands, figures such as Nandan Ghiya, Gauri Gill, Jitish Kallat, Annu Palakunnathu Matthew, Madhuban Mitra and Manas Bhattacharya, Pushpamala N., Raqs Media Collective, Vivan Sundaram, and Surekha draw on a diverse range of sources, from ethnographic photographs made at the height of the British occupation to hand-painted studio portraits and stills from Bollywood movies. Weighing the influence of the global against the draw of the local, these artists embrace tradition and innovation as covalent rather than competitive forces. Marking the US debut of several of the featured artists, Postdate: Photography and Inherited History in India deepens our understanding of the legacy of colonialism and celebrates new and socially engaged modes of image-making in South Asia.

Published in association with the San Jose Museum of Art
Jodi Throckmorton was recently appointed Curator of Contemporary Art at the Pennsylvania Academy of the Fine Arts. She previously served as Curator of Modern and Contemporary Art at the Ulrich Museum of Art, Wichita State University. Throckmorton was Associate Curator at the San Jose Museum of Art from 2007 to 2013, during the conception and organization of this project, and while there she also co-organized and co-authored Dive Deep: Eric Fischl and the Process of Painting.