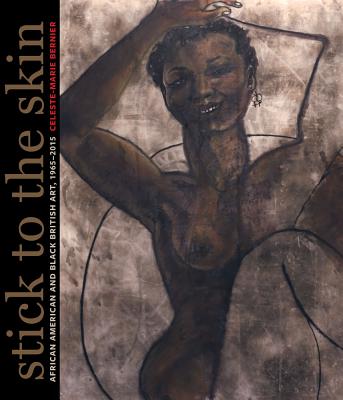 
Not On Our Shelves—Ships in 1-5 Days
The first comparative history of African American and Black British artists, artworks, and art movements, Stick to the Skin traces the lives and works of over fifty painters, photographers, sculptors, and mixed-media, assemblage, installation, video, and performance artists working in the United States and Britain from 1965 to 2015. The artists featured in this book cut to the heart of hidden histories, untold narratives, and missing memories to tell stories that "stick to the skin" and arrive at a new "Black lexicon of liberation."

Informed by extensive research and invaluable oral testimonies, Celeste-Marie Bernier’s remarkable text forcibly asserts the originality and importance of Black artists’ work and emphasizes the need to understand Black art as a distinctive category of cultural production. She launches an important intervention into European histories of modern and contemporary art and visual culture as well as into debates within African American studies, African diasporic studies, and Black British studies.

". . . a timely contribution to the field of Black diasporic art history. . . . Celeste-Marie Bernier offers respite from seemingly interminable institutional tendencies that continue to limit Black British and African American art to particular curatorial and art-historical jurisdictions. Whereas the former is often expediently defined within the historical parameters of the 1980s, the latter is rarely viewed in relation to other art histories, not least those of the United States. Stick to the Skin challenges these conventions and pathologies, bringing as it does a comparative study of the work of over fifty artists spanning half a century. . . . we can be grateful to Bernier who, as a UK-based academic, has taken it upon herself to produce a very tangible and substantial study on contemporary Black visual arts practice."
— Burlington Magazine

"Throughout, Bernier examines how art can dismantle, disrupt and challenge the status quo. It can be a form of radical protest, used to confront racism and white privilege in a world that continues to be threatened by outsiders and “others”. This remarkable book makes very clear how and why this is important, more so today than ever."
— Times Higher Ed