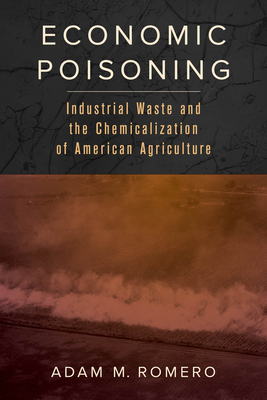 The toxicity of pesticides to the environment and humans is often framed as an unfortunate effect of their benefits to agricultural production. In Economic Poisoning, Adam M. Romero upends this narrative and provides a fascinating new history of pesticides in American industrial agriculture prior to World War II. Through impeccable archival research, Romero reveals the ways in which late nineteenth- and early twentieth-century American agriculture, especially in California, functioned less as a market for novel pest-killing chemical products and more as a sink for the accumulating toxic wastes of mining, oil production, and chemical manufacturing. Connecting farming ecosystems to technology and the economy, Romero provides an intriguing reconceptualization of pesticides that forces readers to rethink assumptions about food, industry, and the relationship between human and nonhuman environments.

Adam M. Romero is Assistant Professor in the School of Interdisciplinary Arts and Sciences at the University of Washington Bothell.