Taming the Messiah: The Formation of an Ottoman Political Public Sphere, 1600–1700 (Hardcover) 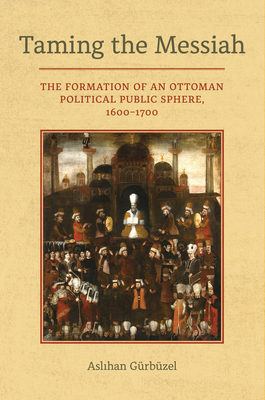 Taming the Messiah: The Formation of an Ottoman Political Public Sphere, 1600–1700 (Hardcover)


Coming Soon—Pre-Order Now
In the history of the Ottoman Empire, the seventeenth century has often been considered an anomaly, characterized by political dissent and social conflict. In this book, Aslıhan Gürbüzel shows how the early modern period was, in fact, crucial to the formation of new kinds of political agency that challenged, negotiated with, and ultimately reshaped the Ottoman social order. By uncovering the histories of these new political voices and documenting the emergence of a robust public sphere, Gürbüzel challenges two common assumptions: first, that the ideal of public political participation originated in the West; and second, that civic culture was introduced only with Westernization efforts in the nineteenth century. Contrary to these assumptions, which measure the Ottoman world against an idealized European prototype, Taming the Messiah offers a new method of studying public political life by focusing on the variety of religious visions and lifeworlds native to Ottoman society and the ways in which they were appropriated and repurposed in the pursuit of new forms of civic engagement.
Aslıhan Gürbüzel is Assistant Professor of Ottoman History at the Institute of Islamic Studies, McGill University, Montreal.