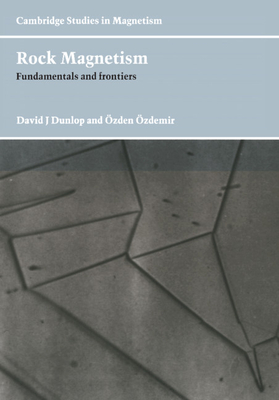 
Not On Our Shelves—Ships in 1-5 Days
Rock Magnetism, first published in 1997, is a comprehensive treatment of fine particle magnetism and the magnetic properties of rocks. Starting from atomic magnetism and magnetostatic principles, the authors explain why domains and micromagnetic structures form in ferromagnetic crystals and how these lead to magnetic memory in the form of thermal, chemical and other remanent magnetizations. The phenomenal stability of these magnetizations, providing a record of plate tectonic motions over millions of years, is explained by thermal activation theory. One chapter is devoted to practical tests of domain state and paleomagnetic stability; another deals with pseudo-single-domain magnetism. The final four chapters place magnetism in the context of igneous, sedimentary, metamorphic, and extraterrestrial rocks. This book will be of great value to graduate students and researchers in geophysics and geology, particularly in paleomagnetism and rock magnetism, as well as physicists and electrical engineers interested in fine-particle magnetism and magnetic recording.