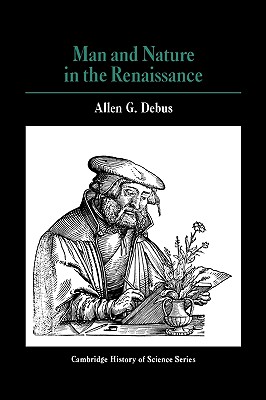 
Not On Our Shelves—Ships in 1-5 Days
(This book cannot be returned.)
Man and Nature in the Renaissance offers an introduction to science and medicine during the earlier phases of the scientific revolution, from the mid-fifteenth century to the mid-seventeenth century. Renaissance science has frequently been approached in terms of the progress of the exact sciences of mathematics and astronomy, to the neglect of the broader intellectual context of the period. Conversely, those authors who have emphasized the latter frequently play down the importance of the technical scientific developments. In this book, Professor Debus amalgamates these approaches: The exact sciences of the period are discussed in detail, but reference is constantly made to religious and philosophical concepts that play little part in the science of our own time. Thus, the renewed interest in mystical texts and the subsequent impact of alchemy, astrology, and natural magic on the development of modern science and medicine are central to the account. Major themes that are followed throughout the book include the effects of humanism, the search for a new method of science, and the dialogue between proponents of the mystical-occult world view and the mathematical-observational approach to nature.