The Germans in Australia (Paperback) 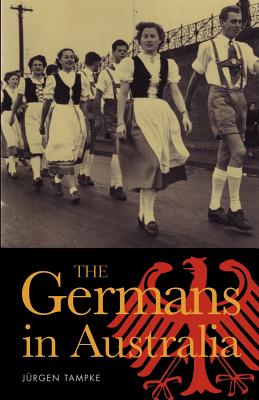 The Germans in Australia (Paperback)


Not On Our Shelves—Ships in 1-5 Days
(This book cannot be returned.)
Germans have played a significant part in Australian history since 1788. For the first hundred years of European settlement they were the largest ethnic group on the continent, contributing to the development of the hinterlands of Queensland, New South Wales, South Australia and Victoria. Today there are an estimated 700,000 people in Australia of German descent. In the first hundred years of European settlement in Australia they were welcomed as industrious settlers and daring pioneers, skilful scientists and respected members of the medical and legal professions. Although two world wars soured the relationship between Australia and Germany and undermined the positive image Germans held, the second half of the twentieth century saw this situation improve markedly. The Germans in Australia, published in 2007, offers a detailed insight into the impact of large scale German immigration on Australia, highlighting the social and cultural impact they have had on Australian life.