Africa and Africans in the Making of the Atlantic World, 1400-1800 (Studies in Comparative World History) (Paperback) 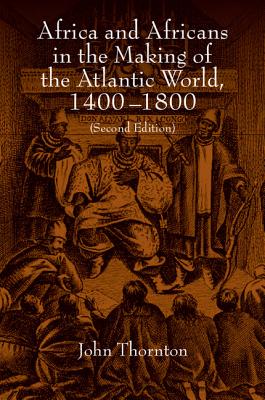 Africa and Africans in the Making of the Atlantic World, 1400-1800 (Studies in Comparative World History) (Paperback)


Not On Our Shelves—Ships in 1-5 Days
This book explores Africa's involvement in the Atlantic world from the fifteenth through the eighteenth centuries. It focuses especially on the causes and consequences of the slave trade, in Africa, in Europe, and in the New World. Prior to 1680, Africa's economic and military strength enabled African elites to determine how trade with Europe developed. Thornton examines the dynamics that made slaves so necessary to European colonizers. He explains why African slaves were placed in significant roles. Estate structure and demography affected the capacity of slaves to form a self-sustaining society and behave as cultural actors. This second edition contains a new chapter on eighteenth century developments.