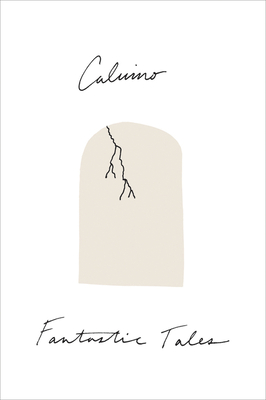 
Special Order—Subject to Availability
“The true theme of the nineteenth-century fantastic tale is the reality of what we see: to believe or not to believe in phantasmagoric apparitions, to glimpse another world, enchanted or infernal, behind everyday appearances.” — from Calvino’s introduction to Fantastic Tales

Vampires, ghosts, and other horrors abound in this collection of nineteenth-century fantastic literature, selected and edited by Italo Calvino, a twentieth-century master of the speculative. This posthumously published anthology of enchanting, uncanny, terrifying, and immortally entertaining short stories includes E.T.A. Hoffmann’s “The Sandman,” Nikolai Gogol’s “The Nose,” Edgar Allan Poe’s “The Tell-Tale Heart,” Robert Louis Stevenson’s “The Bottle Imp,” and many more, each with an introduction by Calvino. Fantastic Tales is a delight for the mind and a feast for the senses.

“Impressive and utterly pleasing . . . Each story [Calvino] picks is absorbing, unique, and continually surprising.” — Los Angeles Times
ITALO CALVINO (1923–1985) attained worldwide renown as one of the twentieth century’s greatest storytellers. Born in Cuba, he was raised in San Remo, Italy, and later lived in Turin, Paris, Rome, and elsewhere. Among his many works are Invisible Cities, If on a winter’s night a traveler, The Baron in the Trees, and other novels, as well as numerous collections of fiction, folktales, criticism, and essays. His works have been translated into dozens of languages.