Inside the Outbreaks: The Elite Medical Detectives of the Epidemic Intelligence Service (Paperback) 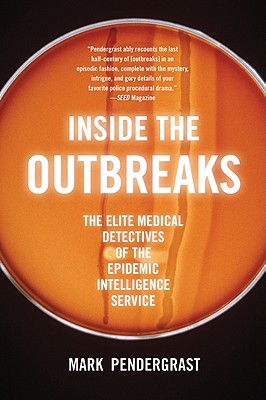 Inside the Outbreaks: The Elite Medical Detectives of the Epidemic Intelligence Service (Paperback)

Since its founding in 1951, the Epidemic Intelligence Service has waged war on every imaginable ailment. When an epidemic hits, the EIS will be there to crack the case, however mysterious or deadly, saving countless lives in the process. Over the years they have successfully battled polio, cholera, and smallpox, to name a few, and in recent years have turned to the epidemics killing us now—smoking, obesity, and gun violence among them.

The successful EIS model has spread internationally: former EIS officers on the staff of the Centers for Disease Control have helped to establish nearly thirty similar programs around the world. EIS veterans have gone on to become leaders in the world of public health in organizations such as the World Health Organization.

Inside the Outbreaks takes readers on a riveting journey through the history of this remarkable organization, following Epidemic Intelligence Service officers on their globetrotting quest to eliminate the most lethal and widespread threats to the world’s health.

MARK PENDERGRAST is the author of four other nonfiction books: Mirror Mirror, Uncommon Grounds, Victims of Memory, and For God, Country & Coca-Cola.

"Pendergrast ably recounts the last half-century of these [EIS] cases in an episodic fashion, complete with the mystery, intrigue, and gory details of your favorite police procedural drama." --SEED

"…the scientific fight against these cunning, deadly pathogens makes for an often engrossing browse." --Publishers Weekly

"Fans of medical mysteries will find scores of EIS case histories to slake their appetites in this meticulous history." --Kirkus Reviews