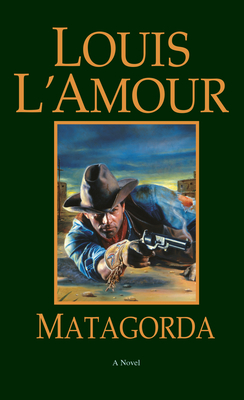 
Backordered
Tap Duvarney lost his innocence in the War Between the States and then put his skills to the test as a soldier in the frontier army. Now, leaving behind a devoted fiancée, he is trying to make his fortune on the Texas coast, working a ranch as the partner of his old friend Tom Kittery—and finding himself in the middle of a feud between Kittery and the neighboring Munson family. Around Matagorda Island, most people are either backing the Munsons or remaining silent. But the danger from outside Kittery’s camp is nothing compared to the threat within, as Tap begins to suspect that Kittery’s woman, a Texas-born beauty who misses the glitz and glamour of city life, isn’t everything she appears to be. Tap is quickly discovering that he must go to war again. But will it be with the Munsons—or with his closest friend?
Our foremost storyteller of the American West, Louis L’Amour has thrilled a nation by chronicling the adventures of the brave men and woman who settled the frontier. There are more than three hundred million copies of his books in print around the world.