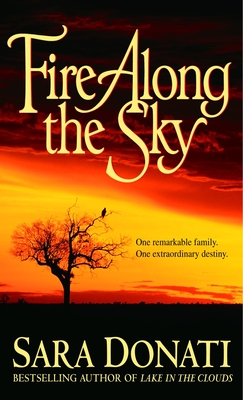 This is book number 4 in the Wilderness series.

With epic sweep and breathtaking adventure, Sara Donati’s bestselling saga of an Early American family’s struggle for survival in the Northeast wilderness continues with the story of an indomitable woman and an unforgettable journey of redemption across a young nation threatened by the flames of war.

The year is 1812 and Hannah Bonner has returned to her family’s mountain cabin in Paradise. But Nathaniel and Elizabeth Bonner can see that Hannah is not the same woman as when she left. For their daughter has come home without her husband and without her son…and with a story of loss and tragedy that she can’t bear to tell. Yet as Hannah resumes her duties as a gifted healer among the sick and needy, she finds that she is also slowly healing herself. Little does she realize that she is about to be called away to face her greatest challenge ever.

As autumn approaches, news of the latest conflict with Britain finds the young men of Paradise—including eighteen-year-old Daniel Bonner—eager to take up arms. Against their better judgment, Nathaniel and Elizabeth must let him go, just as they must let his twin sister Lily, a stubborn beauty, pursue her independence in Montreal. But on the eve of the War of 1812, an unexpected guest arrives from Scotland: It is the Bonners’ distant cousin, the newly widowed Jennet Scott of Carryckcastle. Far from home, Lily and Jennet will each learn the price of pursuing their dreams and the possibility of true love.

But it’s Hannah herself who must risk everything once more—this time to save Daniel, who’s been taken prisoner by the British. As the distant thunder of war threatens Paradise, Hannah may learn to live—and maybe love—again in one final act of courage, duty, and sacrifice.

A gifted writer, a master storyteller, and a first-rate historian, Sara Donati has written a powerful, poignant, and movingly romantic novel that chronicles the lives and adventures of a family as compelling and unforgettable as any in American fiction.
Sara Donati is the pen name of Rosina Lippi, a former academic and tenured university professor. Since 2000 she has been writing fiction full-time, haunting the intersection where history and storytelling meet, wallowing in nineteenth-century newspapers, magazines, street maps, and academic historical research. She is the internationally bestselling author of the Wilderness series (Into the Wilderness, Dawn on a Distant Shore, Lake in the Clouds, Fire Along the Sky, Queen of Swords, and The Endless Forest) as well as The Gilded Hour, the first in a new series following the descendants of characters from the Wilderness series. She lives between the Cascades and Puget Sound with her husband, daughter, Jimmy Dean (a Havanese), and Max and Bella (the cats).