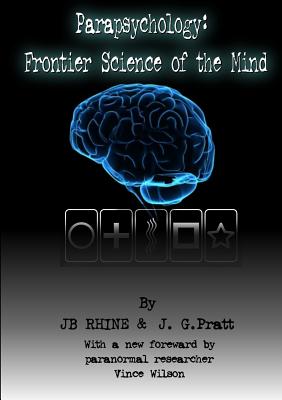 
Not On Our Shelves—Ships in 1-5 Days
(This book cannot be returned.)
Master magician Harry Houdini and English ghost researcher Harry Price were true pioneers in both establishing skepticism and scientific methods in the newly created field of paranormal research. They set the foundation for future 20th Century researchers such as J.B. Rhine. Joseph Banks Rhine was a botanist who later developed an interest in parapsychology and psychology. Rhine founded the parapsychology lab at Duke University, the Journal of Parapsychology, and the Foundation for Research on the Nature of Man. He also initiated the Parapsychological Association. Rhine also coined the term ESP. I think the reader will find that 1957's Parapsychology: Frontier Science of the Mind is as relevent today as it was when it first written.