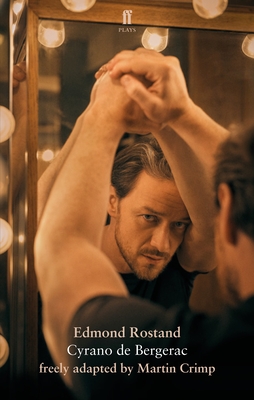 
On Our Shelves Now at:
Martin Crimp's adaptation of Edmond Rostand's Cyrano de Bergerac premiered at the Playhouse Theatre, London, in November 2019. A genius with language, but convinced of his own ugliness, Cyrano secretly loves the radiant Roxane. While Roxane is in love with the beautiful but inarticulate Christian.
Cyrano's generous offer to act as go-between sets in motion a poignant and often hilarious love-triangle, in which each character is torn between the lure of physical attraction and the seductive power of words.