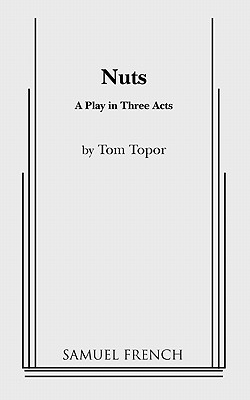 
Not On Our Shelves—Ships in 1-5 Days
(This book cannot be returned.)
Tom ToporFull Length, Drama

A Broadway hit, Nuts has been called the best courtroom melodrama since Witness for the Prosecution and The Caine Mutiny Court Martial. Set in a courtroom in New York's Bellevue Hospital, the story follows a high-priced call girl incarcerated on a charge for killing a violent "john". The State, represented by a court appointed psychiatrist and an aggressive prosecutor, say Cla.