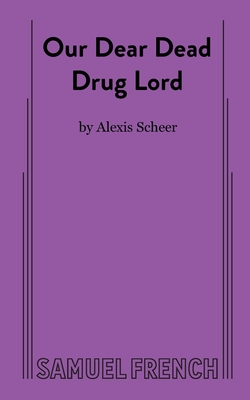 A gang of teenage girls gathers in an abandoned treehouse to summon the ghost of Pablo Escobar. Are they messing with the actual spirit of the infamous cartel kingpin? Or are they really just messing with each other? A roller coaster ride through the danger and damage of girlhood - the teenage wasteland - has never been so much twisted fun.

Four Stars "Just when you think you know where the play is heading, there's a disorienting coup de th tre that leaves you shaken. Our Dear Dead Drug Lord isn't for the faint of heart, but neither is coming of age." - Raven Snook, Time Out

Critic's Pick "Highly entertaining - equally funny and scary - the play starts off as a hoot and winds up a primal scream. They're throwing quite a seance at the McGinn/Cazale Theater." - Ben Brantley, The New York Times

"As funny as it is violent and dark... Our Dear Dead Drug Lord is not quiet, small, or apologetic. It is loud and messy and truthful. It is incredibly complicated and a thing of extreme beauty. It is everything in women that society tells them they need to repress, and in this I found it incredibly enjoyable and inspiring." - Brittany Crowell, New York Theatre Guide

"Unsettling... Scheer's characters are brilliantly drawn... the work of a born playwright and a unique new voice... As a story of female empowerment, it is both scary and revealing." - Victor Gluck, Theater Scene