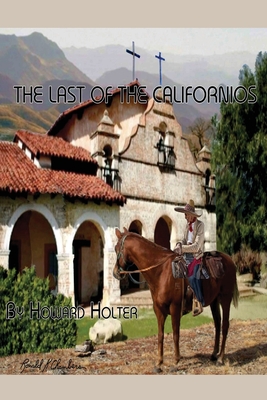 The name "Pico" is known to many Californians, especially in Southern California.

There are streets, canyons, buildings and sites with that name; but most do not know about the persons behind these names. The story about Pio Pico and his large extended family reflects the stories of most leading Californios (Mexicans born in California), who successfully fought for independence from Spain, autonomy from Mexico, and grants of huge ranchos. Pio Pico was both a representative of these pioneers, and different from them; he was born poor, while most Californios were given privilege, land and political status. Pio Pico was born in "a brush hut" at the San Gabriel Mission. His father died (1819) before he could receive land from his service as a soldier in the Spanish force. Being the oldest of seven children, Pio at age 18 had to see to the welfare of his family. He became an entrepreneur went on to become a political force in California, elected to the California Assembly, then two times Governor, the last being the time when the Americans invaded and took over California (1846-1848). Along the way, Pio accumulated vast lands in Southern California that enabled him to amass great wealth. After the American takeover, he turned his lands into money-making fountains, and became - in the 1850s - one of the richest individuals in California. Beginning in the 1860s, the cattle culture collapsed. Gradually, beginning in the 1870s, his web of debts, loans, and foreclosures on his many properties collapsed, parallel to his fellow Californios. The end came in the 1880s, when he was swindled out of his last rancho - Rancho Paseo de Bartolo - by an unscrupulous Yankee lawyer. After many court appeals, Pio was defeated, and ended his life penniless at age 94 in a small apartment in Los Angeles, given to him by his long-time friend J.J. Warner. He was the last of his generation.