A Fork in the Road (Paperback) 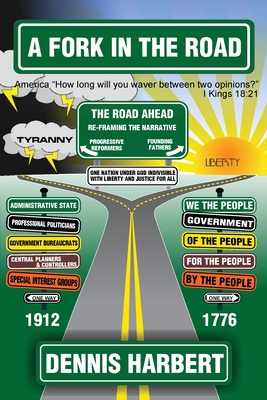 A Fork in the Road (Paperback)

LIKE MANY AMERICANS I spent most of my adult life as a political moderate: moderately apathetic, moderately uninvolved, and moderately dissatisfied with politicians. I began waking from my political slumber in early 2008. I began to experience free-floating anxiety about the condition of the country and the direction we were heading. America was involved in two wars, the national debt was mounting, and financial markets were volatile. More significantly, there seemed to be a lack of leadership in all of our major institutions. Making sense of the politics of 2008 seemed impossible. Political speech fails to clarify issues or create an environment for problem-solving. The terms Liberal, Moderate, Conservative, Democrat, Republican, RINO, Blue Dog, Progressive, Independent, and Libertarian don't really inform the political observer. They mean different things to different people. Obfuscation is a big word that indicates that confusion and disinformation is part of the strategy of the professional political class. When asked about her political philosophy and whether she would use the word liberal to describe herself, Hillary Clinton said, "I consider myself a Modern Progressive." At the time, I remember thinking to myself what is a "Modern Progressive." That is a good thing, right? Wrong But wait. It gets worse. On February 16, 2020, Joe Biden claimed that he would be "the most Progressive president in history."