The Rebellious Widow: A Practical Guide to Love and Life After Loss (Large Print / Paperback) 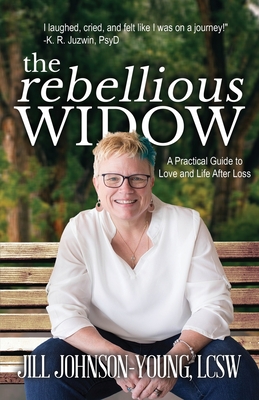 The Rebellious Widow: A Practical Guide to Love and Life After Loss (Large Print / Paperback)

The Moment the World Stopped

My wife Linda and I had been together for twenty years and were raising two teenage daughters when we received some of the worst news any couple will ever hear in their lifetimes: her sudden frequent bouts of what we had believed to be pneumonia were actually symptoms of advanced pulmonary fibrosis (PF). A breast cancer survivor, the chemo that had saved Linda's life eight years prior had damaged her lung tissue beyond repair.

This time, no matter how courageously she fought, how much she exercised, or how hard we prayed, and bargained, and tried, it was clear that PF would win the battle. We had to get ready. We had to get the kids ready.

Mama was going to die.

The afternoon we realized what was coming, we stopped for a glass of expensive cabernet at the Mission Inn, our favorite spot to celebrate. In years past, sitting at this same table-our table-under a window in the hotel lobby, we'd toasted her retirement, our anniversaries, and our wedding. We'd even taken our daughter Kerry there for her prom.

There we sat sipping our wine, reminiscing. We texted the kids that we would be home later. Intuiting what was really going on, Kerry replied, "This is it, isn't it, Mom? Mama's really dying now."

Our hearts broke reading her words. There was no protecting ourselves or our girls from Linda's approaching death. No stopping or hiding from it. This was really happening. To us, Jill and Linda. Someday not too far off, I would just be Jill again.

What would that even mean anymore, after decades of being half of a loving, committed couple who'd built a life together?

I was about to find out.