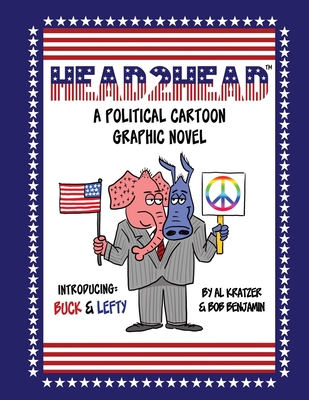 "Head2Head" Meet Buck and Lefty, Co-joined Twins from Opposite Ends of the Political Spectrum If you have an interest in politics, a moral code you live by, and are mature enough to laugh at yourself, you'll have fun reading this book... Buck and Lefty are the result of a failed BioTech experiment conducted by a billionaire entrepreneur who dreams of creating a neutral, non-partisan presidential candidate to take on America's biggest problems. The twins are released (ejected ) from the lab and embark on a series of blundering misadventures that pit them against one another on every political issue: Free Speech, Guns, Women's Rights, Covid-19, and more You'll see just how ridiculous those on the far "Left" and far "Right" truly are. And, as "Head2Head" progresses, you'll wonder why those we've elected to Congress and the White House can't focus on anything other than getting reelected - instead of striving to make compromises that serve in the best interest of our country