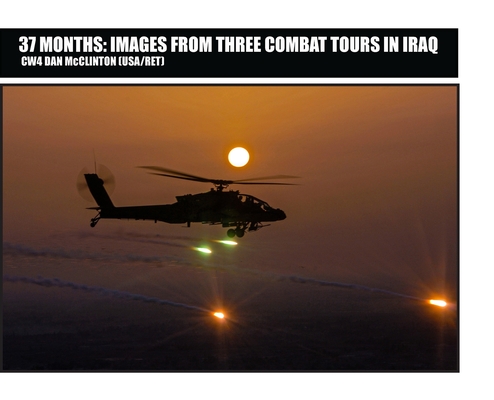 37 Months contains images that were captured by an AH-64 Attack Helicopter pilot during the three tours he was deployed to Iraq in support of Operation Iraqi Freedom from 2004-2010. The scenes captured and presented here show a portion of the war that the public has not seen until now. This book features images of helicopters that were used by the United States Army in use on the flightline and in the air. Previously the author's images have been featured on US Army websites and in magazines and books, but now the reader is able to see a complete portfolio and experience images from the Iraq War from a different perspective.