Into the Fire: My Life as a London Firefighter (Hardcover) 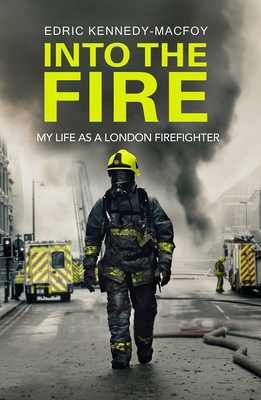 Into the Fire: My Life as a London Firefighter (Hardcover)


Special Order—Subject to Availability
The incredible true story of life as a London firefighter. What is it really like to be a firefighter? How does it feel to respond to an emergency call, to know that someone's life hangs in the balance and every second is critical? What is it like to fight a fire, to battle through the heat and the smoke, to put your own life in danger to save others? How elated do you feel to rescue survivors, to reunite families, and how devastating is it to recover the bodies of those who you didn’t reach in time? How do you cope with the trauma of a life spent facing death? Into the Fire offers an unforgettable insight into the highs and lows of life in the fire service. Edric Kennedy-Macfoy has spent over a decade serving in the London Fire Brigade, attending many of the capital's biggest incidents, from the blaze at Grenfell Tower to the Croydon tram derailment. This is his remarkable story
Edric Kennedy-Macfoy worked in the London Fire Brigade for more than 13 years, attending many of the capital's most dramatic incidents during that time. He appeared on ITV's "Inside London Fire Brigade," which saw Edric and his colleagues respond to the Croydon tram derailment of November 2016 and the Grenfell Tower fire in June 2017.