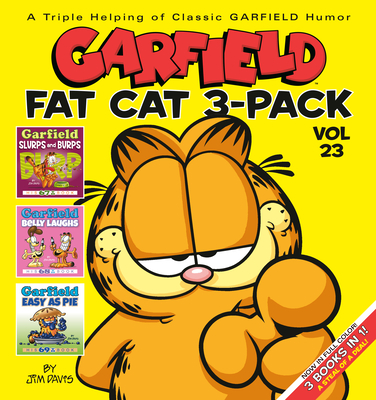 Load up on a triple helping of fun in this weighty new collection of fat cat comics!

Whether Garfield is paying homage to pastry, opining on art history, or overindulging in Italian food, the well-rounded cat is entertaining every day of the week—even on dreaded Mondays.

Dig in and enjoy!