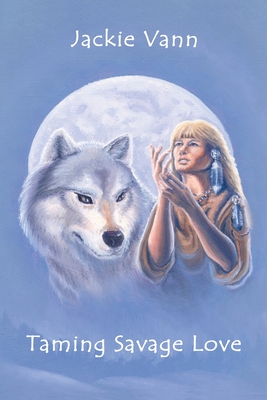 
Not On Our Shelves—Ships in 1-5 Days
(This book cannot be returned.)
A spell, cast by the shaman many suns ago, forecasts the arrival of a strong-willed woman to the Crow village. According to the legend, when she arrives, she will be paired with the bravest warrior, and will bear a male child whose destiny is to save the Crow people. Fiercely independent, liberated, and a black belt champion, Kate Houston finds herself transmitted back in time to a whole new life. Troube is, she's paired with a man who believes squaws are inferior. His belief in old Indian customs creates great conflict between the two of them. Wolf, one of the most handsome men Kate has ever met, is the Crow Indian chief. His life is turned up-side-down and will never be the same when she arrives in his tipi. Old Man Coyote has sent this squaw, but Wolf does not understand why. Kate remains independent. Will she realize the wisdom in her husbands words? Can she change from the way she has always been?