In the City of Neighborhoods: Seattle's History of Community Activism and Non-Profit Survival Guide (Paperback) 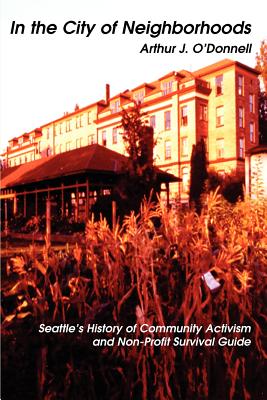 In the City of Neighborhoods: Seattle's History of Community Activism and Non-Profit Survival Guide (Paperback)


Not On Our Shelves—Ships in 1-5 Days
(This book cannot be returned.)
"It's like being in a small town right in the middle of a big city. People belong to their neighborhood first, and that neighborhood belongs to the city." -- Karen Boyle, Seattle neighborhood activist.

Seattle, Washington, has earned a national reputation as a "City of Neighborhoods" and a place where citizens take an active role in finding solutions to the problems of urban life. The efforts of Seattle's neighborhood-based councils and not-for-profit organizations were also seen as part of a national "neighborhood movement" that achieved prominence in the 1960s and 1970s.

Originally completed in 1982 as a series of radio programs exploring the history and directions of the neighborhood movement, "In the City of Neighborhoods" was written and produced by award-winning journalist Arthur J. O'Donnell. The series also highlighted economic survival skills for non-profit organizations during an era of budget constraints.

In this edition of In the City of Neighborhoods, O'Donnell augments his exploration of neighborhood activism with later articles covering the Not In My Back Yard (NIMBY) syndrome. This special section, called "It's My Backyard, Too", provides insights into the arguments and tactics of those who oppose power plants, transmission lines and other energy developments.