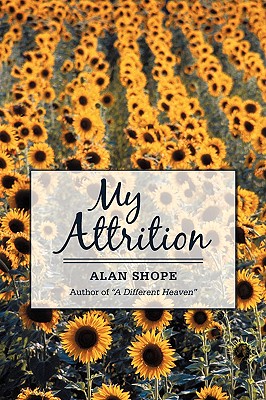 
Not On Our Shelves—Ships in 1-5 Days
(This book cannot be returned.)
How long does true love last? It's a question author Alan Shope attempts to answer in his second novel "My Attrition".

Brought together by fate, George Stone, a young American soldier and an English girl, Eve Wild, find more than just love in a quiet mountain cabin surrounded by enemy soldiers in World War II France. After a mission goes terribly wrong, young American soldier George Stone is caught behind enemy lines all alone. Forced to survive without food and water in bone chilling temperatures, Stone surprisingly discovers an ally surviving in the same place for many different reasons. The two build a friendship and an eventual love that no army could ever tear apart. But can that love survive time and distance? Their love is finally revealed when hidden letters are discovered in a Kansas farmhouse attic years later by the soldier's son.