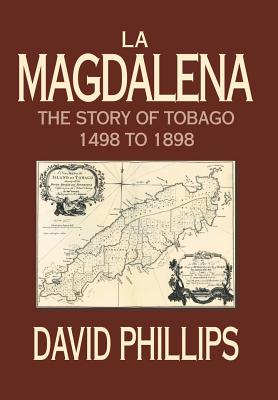 
Not On Our Shelves—Ships in 1-5 Days
(This book cannot be returned.)
This is a history of the author's home, Tobago, one of the Windward Islands and now part of the nation of Trinidad and Tobago. In the era of tobacco, indigo and sugar, its fertility was sought after by Courlanders (Latvians), the Dutch, the French and English. The cultivation of sugar became supreme and with it the necessity for slave labour to work the plantations. Beyond their own requirements there was a demand for slaves by the Spanish settlements and this the Courlanders and the Dutch were tempted to satisfy. But wars in Europe had the habit of over-spilling into the Caribbean and Tobago was not ignored. It constantly changed hands in the Seventeenth and Eighteenth Centuries and its fortunes in the times of peace fluctuated in tune with the price of sugar. This was an unequal task and Tobago's economy by the mid 1800's had collapsed. A union with Trinidad was the only salvation and this came about in 1899.

This is a simple story to remind the reader of the rise and fall of an island of which they may never have heard.