I Survived the Joplin Tornado, 2011 (Prebound) 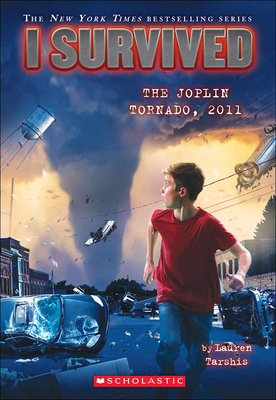 I Survived the Joplin Tornado, 2011 (Prebound)

This is book number 12 in the I Survived series.

The next book in the "New York Times" bestselling I Survived series will place readers right in the middle of the deadly Joplin Tornado of 2011.
The 2011 Joplin tornado was a catastrophic tornado that struck Joplin, Missouri in 2011. It was part of a larger tornado outbreak in the spring of that year and reached a maximum width of nearly 1 mile during its path through the southern part of the city, killing 158 people, injuring over 1,000 and caused damages amounting to a total of $2.8 billion, making it the costliest single tornado in U.S. history. Lauren will bring her signature intensity to this distinctly American natural disaster, placing a young boy in the middle of one of the deadliest tornado to strike the United States since 1947.
Lauren Tarshis is the editor of Scholastic's Storyworks magazine and group editorial director for language arts for Scholastic classroom magazines, in addition to being the author of the New York Times Bestselling I Survived series and the critically acclaimed novels "Emma-Jean Lazarus Fell Out of a Tree" and "Emma-Jean Lazarus Fell in Love." She lives in Westport, Connecticut, and can be found online at www.laurentarshis.com.