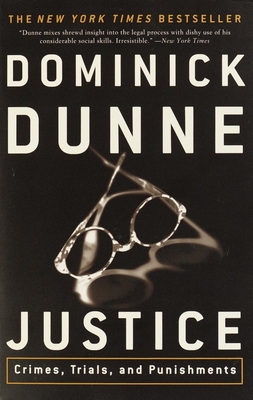 
Not On Our Shelves—Ships in 1-5 Days
Dominick Dunne's mesmerizing tales of justice denied and justice affirmed.

For more than two decades, Vanity Fair published Dominick Dunne’s brilliant, revelatory chronicles of the most famous crimes, trials, and punishments of our time. Whether writing of Claus von Bülow’s romp through two trials; the Los Angeles media frenzy surrounding O.J. Simpson; the death by fire of multibillionaire banker Edmond Safra; or the Greenwich, Connecticut, murder of Martha Moxley and the indictment—decades later—of Michael Skakel, Dominick Dunne tells it honestly and tells it from his unique perspective. His search for the truth is relentless.
Dominick Dunne is the author of several bestselling novels, two collections of essays, and, most recently, The Way We Lived Then, a memoir with photographs. He is Special Correspondent for Vanity Fair and lives in New York City and Hadlyme, Connecticut.
“Dunne mixes shrewd insight into the legal process with dishy use of his considerable social skills. Irresistible.” —New York Times

“Justice finds Dunne in his element, writing about the winning combination of gore, glitter, and greed.”—Miami Herald