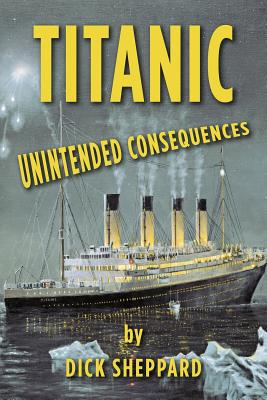 
Not On Our Shelves—Ships in 1-5 Days
(This book cannot be returned.)
Titanic, Unintended Consequences revisits the terrible tragedy that occurred on the evening of April 14, 1912 and morning of April 15, 1912. For far too long, the true events of the sinking of the Titanic have been warped and molded into a story that can only best be described as a myth or urban legend. For example, did you know that after striking the iceberg, the Titanic steamed toward Halifax for approximately 20 minutes with water gushing into the bow of the ship? Did you know that Fourth Office Boxhall explored the bow of the ship and reported back to Captain Smith that there was no ice damage done to the ship? Did you know that the iceberg that sank the Titanic was not some mammoth chunk of ice as shown in the movies, but was small in size, hardly reaching up to the Titanic's bridge? Did you know that the ice berg was not white in color, but was what they call a "blue" berg that made it difficult to be seen? Did you know that the Titanic did not go quietly into the night, but rather, her biolers exploded violently while she was still on the surface, thereby adding yet another reason as to why she broke in half and sank so fast? Of course you didn't know any of these facts because all you know is what you saw in the movies and as we all know, movies never tell the story the way it really happened. Titanic, Unintended Consequences uses the voices of the 705 survivors to tell the the events of that horrible night and blends their testimony with recent discoveries made at the wreck site. The result is a totally different story from that shown on the silver screen. Titanic, Unintended Consequences is a short read, but has a lot to say. Read it and the next time you watch a film about the Titanic, you can enjoy the urban legend with a clear understanding as to what really hapened that tragic night.