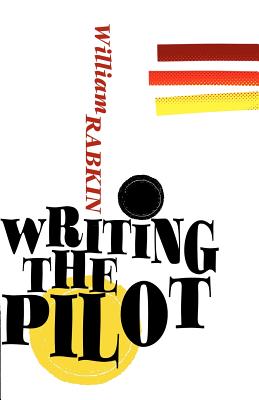 
Not On Our Shelves—Ships in 1-5 Days
(This book cannot be returned.)
Television networks are so desperate for new voices and fresh ideas that for the first time in history they're buying spec pilot scripts and turning them into series. Today's aspiring writer can be tomorrow's showrunner. But it's not easy. Conceiving and writing a pilot that can launch a series is a complex assignment even for a seasoned pro. This book will take you through the entire process, from your initial idea through the finished script. You'll learn how to identify a concept that can carry one hundred episodes or more; how to create characters who will stay interesting year after year; how to design the unique world those characters will live in; how to identify the essential elements that will set your series apart from everyone else's; and most importantly, how to capture it all in one 60-page script. Riverside-Palm Desert's low residency MFA program.
William Rabkin is a veteran showrunner whose executive producing credits include the long-running Diagnosis Murder and the action hit Martial Law. His recent writing credits include Monk, Psych, and The Glades. He has written a dozen pilots for broadcast and cable networks, and written and/or produced more than 300 hours of dramatic television. He currently teaches screenwriting in the University of California,