In the Shadow of the Volcano: One Ex-Intelligence Official's Journey through Slums, Prisons, and Leper Colonies to the Heart of Latin America (Paperback) 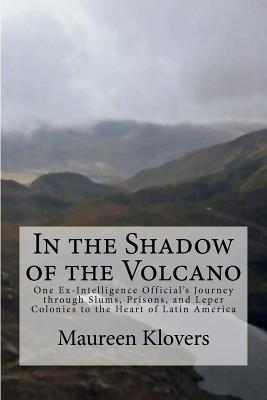 In the Shadow of the Volcano: One Ex-Intelligence Official's Journey through Slums, Prisons, and Leper Colonies to the Heart of Latin America (Paperback)


Not On Our Shelves—Ships in 1-5 Days
(This book cannot be returned.)
In a memoir that is at once heart-breaking and hilarious, former U.S. intelligence analyst Maureen Klovers embarks on a year-long quest to understand why so many Latin Americans are willing to risk their lives to come to America. She moves into a convent with a rogue American priest, two nuns, and dormitory full of volunteers, and begins teaching children from the poorest and most dangerous slums of Quito, Ecuador. Soon, she is fending off marriage proposals from thirteen-year-old Darwin, locked in a battle of wills with his classmate Oscar, and struggling to decode the intricacies of the junior high pecking order. As she visits slums and leper colonies, interviews inmates at the Quito Women's Prison, and tussles with corrupt government officials, she paints a vivid portrait of a nation in transition. Everywhere, she asks the tough questions most travel writers breeze over: What separates the developed world from the developing world? Is the third world destined to be poor forever? And if so, why? But perhaps the most important question is one she never set out to answer at all: Is America headed for the same fate? In the midst of a spirited public debate about income inequality, government regulation, and political dysfunction, "In the Shadow of the Volcano" serves as a fascinating and disturbing chronicle of how ordinary citizens can be affected by a crony capitalism that concentrates wealth and power in the hands of a few.
Maureen Klovers has held numerous positions in government, including a stint as a U.S. intelligence officer. She also served as a political commentator on DC 101's talk radio show "Neighborhood Stuff" from 2000 to 2002. Ms. Klovers has traveled extensively in the United States, Europe, China, India, and Latin America. She's hiked the Inca Trail to Machu Picchu, been escorted through a Bolivian prison by a German narco-trafficker, and fished for piranhas in Venezuela. She received a Bachelor of Arts in International Relations (with a focus on Latin American politics) from the College of William and Mary in 1999 and a Master's of Public Policy and Master's of Business Administration from Georgetown University in 2006. This is her first book.