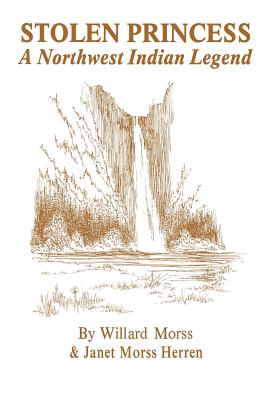 
Not On Our Shelves—Ships in 1-5 Days
(This book cannot be returned.)
"Stolen Princess" is a Pacific Northwest Native American legend about Hoh tribe sweethearts whose lives were impacted by enslaving canoe warriors from the North who caused their long separation, loss of family, and near death. Sam Morss, circuit preacher from Aberdeen, Washington listened to the adventurous tale of struggle and strength from a local Quileute named Jimmy Goodman, as they shared a driftwood fire one night in 1919. Handed down verbally through Quileute generations as a true story in which the Princess causes a slide resulting in the waterfall. Sam Morss recorded the legend and left it to his son Willard and granddaughter Janet who edited the tale and passed it on to family and friends in 1983.