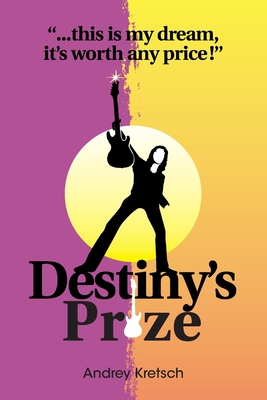 Rural America, 1957. Revolution brews in Cuba, the Soviet Union launches Sputnik. The Space age begins and the Cold War escalates. But life in rural America meanders along. However the arrival of a Hasidic (ultra-religious) Jewish teenager in the township of Denton, Kansas, does create ripples in the placid community. The recent death of his mother has left Dov Goldstein, an orphan, made him question his faith and awakened a long held dream of becoming a Rock 'n' Roll star.

Dov, is the unwelcome guest of a church going Conservative family, while he finishes final year of High School. He falls madly in love with Jane, the daughter of the family, causing further tensions in the family and the town. However, he does find a kindred spirit in another outsider, Cuban born Alberto. The three plan to leave town after Graduation, but fate steps in and Jane decides not to go. Dov is heartbroken, but resolves to follow his dream. He and Alberto set off for New York, to prove themselves in the world of Rock 'n' Roll.

The journey to success is difficult. Disheartened by the slow progress, Dov is on the verge of giving up, after Jane ends their relationship. But he gets a break and eventually he becomes a star. However a destructive relationship leaves him drug and alcohol dependent.

On tour in, New York, Dov has a breakdown. On stage, at a televised concert he completely loses it. He has hit rock bottom. His career is dead; he has lost his religious faith and also Jane his true love.

October 1962. Dov returns to Denton. As he prepares for his make or break, nationally televised comeback, the world is stunned by the unfolding Cuban Missile Crisis. Meanwhile, Dov is about to face his. As he walks on stage, the question is, can he regain his love and his career?

DESTINY'S PRIZE, was originally written as a STAGE MUSICAL (Book and lyrics), with Music by the talented, Australian musician, Mike Brady.

The Musical was shortlisted (out of more than 100 entries), for the, Australia wide, Pratt Prize for Musical Theatre, in November 2004. Despite, a successful Showcase Performance (a Rehearsed Reading), in Feb 2006. Producers, were reluctant to risk staging an original story, with unknown songs.