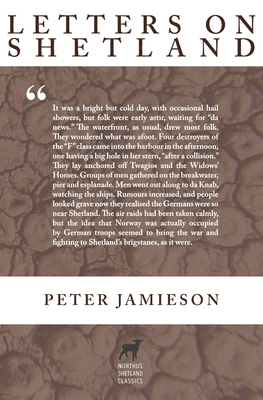 First published in 1949, Letters on Shetland is a highly readable portrait of Britain's most northerly community, written from the inside.

Formed from the texts of letters describing the isles, it provides, with encyclopedic scope, a revealing compendium of not only history, archaeology, language, farming and geography, but also the socio-political and economic life, nature and weather of the archipelago.

Of particular note is Jamieson's depiction of what the islands had so recently been through during the Second World War, giving an on-the-spot sense of the danger inherent in being one of the major theatres of conflict in the north.

This book, coming as it did in the flush of optimism for new and better lives which followed the war, and before the huge changes which accompanied the massive expansion of the oil industry in the 1970s, captures a stirring snapshot of Shetland at a critical point in its story - and what hope for the future looked like then.