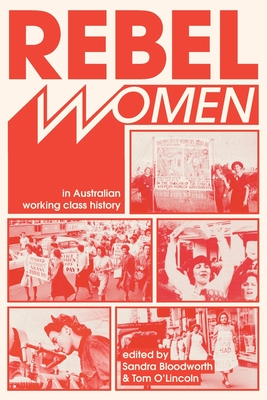 Here are stories that challenge the conventional views of working class women and their struggles. Strikes and demonstrations throughout the 20th century shatter traditional images of women as passive victims. From the women of Broken Hill, who fought strike-breakers with axes and broom handles in the early part of the century through the 1930s Depression and World War II through to the postwar period, women played an important role in strikes and unemployed movements.

Rebel Women also challenges those accounts which see the enemy as 'patriarchy' rather than capitalism, or which deny the relevance of the class altogether. These women fought their oppression alongside working men, as participants in - and leaders of - the class struggle. Frequently they had to confront opposition from middle class or upper class women. Many were sustained by a socialist vision.