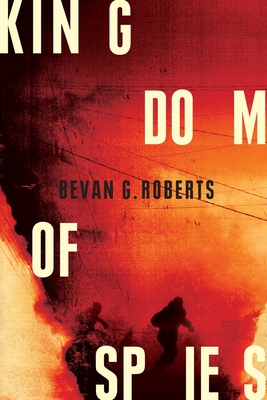 'Few novels engage convincingly with the grit and grime of intelligence work in Asia. This one does, and it's a real page turner. Why? Because it pulls you into a secret world to grapple with issues few comprehend, like what happens when a spy's professional conviction exceeds their designated role - and all hell breaks loose.'

Spies, lies and retribution amongst the cramped alleys, jungle hinterlands and simmering sectarianism of remote Indonesia.

An ambush on Australian intelligence officer Jordan Carter signals a warning: Operation ANVIL, the Indonesian-Australian campaign of subversion against the Islamists of North Maluku, has failed.

As the intelligence services point the finger of blame, Carter ruthlessly hunts down a new enemy. His recklessness draws the attention of Ana Kovacevic, the journalist who has revealed the spiralling violence to the world. To confront a spy that will stop at nothing, she must venture into the heart of Indonesia's extremist underworld, a labyrinth of deceit and violence where the most powerful weapon, and the greatest sacrifice, will be truth.

'A novel of labyrinthian morality ... packed with intrigue, spectacular action, and the hard decisions intelligence agents face when the country they're sworn to protect chooses saving face over saving lives.'

'Collars readers and pulls them into the neglected byways of Southeast Asia's War on Terror, never letting go until the final page. Roberts' unrivalled sense of place makes the streets of Indonesia's cities and villages come to vibrant life, and his grasp of the geopolitics involved in the struggle to manage Australia's near abroad suffuses his storytelling with intricate, easily understandable detail.'

' Roberts'] descriptions of tradecraft and diplomatic interactions between two countries fighting a common enemy show the author's experience and deliver an extra measure of authenticity to his writing and leave the reader wanting more.'

Bevan G. Roberts grew up in Canberra, Australia surrounded by technology, the military, and government. During a career in and around the departments of defence and foreign affairs, Bevan worked for a time at the Australian embassy in Indonesia, an experience that opened his eyes to Asia and inspired his first novel, Kingdom of Spies.