No Chains to Rust: Bob McMahon: Memories of His Journey (Paperback) 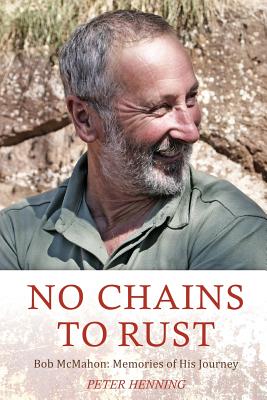 No Chains to Rust: Bob McMahon: Memories of His Journey (Paperback)

Bob McMahon (1950-2013) was the most significant leader of community-based opposition to a huge pulp mill being built in Tasmania's Tamar Valley, near Launceston.

His public profile of energy and persistence set an image of durability and strength at the heart of community opposition to the mill.

McMahon grew up in the north-west town of Stanley, where the big cliffs of the Nut were his playground, as he liked to say.

After studying at the Hobart Art School, where he met his future wife, fellow student Susie Johnston, his teaching career began in 1971. From 1973 until the end of 1987 he taught in senior secondary colleges in Launceston.

In 1988 he started his own business in adventure tourism and outdoor education, by this time having an established reputation as one of Australia's foremost climbers.

The decades he spent climbing, where careful planning, interdependence and mutual trust were essential, forged a way of being and thinking which challenged convention, tribalism and collective group-think.

'We can't afford to lose', was his line in the sand, as it had to be in the life he chose to live and the challenges he took on. McMahon had no time for chains that hold and bind.